It is quite essential that the flour used for LM maintenance has a very low ash content. Under Italian law, 00 is defined as a maximum ash content of 0.55%, on a dry matter basis. In North America under AACC standards this would equate to 0.47% ash (14% moisture basis).

Ash, the quantification of mineral (inorganic matter) content affects fermentation by providing a buffering capacity. Problematically, higher ash levels lead to a greater acid load within the starter dough and the rate of acidification is slowed, the pH takes longer and possibly too long to decrease to the optimum 4.1.

… this time of year marks a notable uptick in my advice being sought on the subject of lievito madre (LM) and panettone. There is at this time some persisting misunderstandings about how to maintain the LM day to day. From those correspondences I have selected some of my comments, some repetitive but justifiably so, that I hope will help clarify the operation.

‘With general use it is important that one warm refresh is done per day otherwise it will slip further away from its optimum. Feeding every 12hrs only, is not fully sufficient, the LM is not getting the warm fermentation it needs, rather it is remaining in the storage phase which simply serves to prolong the fermentation…’

‘The defining moment of a mature LM is only ever achieved in that window of 3-4hrs at 28°C and it usually takes three consecutive refreshes to get there. ’

‘…specifically a “refresh” is the leavening that occurs in the warmth at approx. 28°C and does not refer to any feed done in preparation for the storage phase’

‘1:1 is the normal standard ratio and 1:2 is used when the LM becomes too strong or too sour, the skill comes in knowing when to recognise those situations when 1:2 is required.’

‘While the typical approach with starters is to adapt the ratio according to the time of fermentation that is not how it works with LM. Instead, time and temperature are adjusted and the ratio is kept stable, this is key.’

‘…indeed, the LM is continuously cycled and is not something that is maintained separately and then branched from. In an operating bakery the LM would be taken from cold storage, refreshed (3-4hrs) one or more times to build up enough mass to leaven a batch of bread etc. At the point after mixing the last refresh a piece is reserved and put into storage which becomes the new mother for the next day…’

‘Your maintenance schedule is good, but you are not performing any refreshes. A refresh occurs at approx. 28°C lasting 3-4hrs. This is where a LM will gain its correct properties, and with repetition gain strength and establish maturity. At least one refresh, limited to 3-4hrs must occur daily. Note that the LM is rebuilt multiples times a day and continuously cycled. I have now included an infographic on the LM page on my blog that may be helpful. Massari recommends the LM be refreshed 3 times a day for 3 days prior to making a panettone. But you can definitely get away with less.’

‘Importantly a mature LM when cut into will have an aroma that is alcoholic but non-sour. The taste should be a little tart / acidic, however.’

Baking professionals in Italy commonly refer to the strength of flour by its W index, describing this as its “force”. Italian Millers provide much data in their flour specifications often including rheological properties recorded by the Chopin-Alveograph. Testing performed by the Alveograph involves forcing air into a piece of dough causing it to expand like a balloon until it bursts, at which point the test is complete. The data is recorded on a graph as a line measured in millimetres. The pressure required and therefore resistance of the dough is measured as P. The final size of the dough is measured as L, this being its extensibility. The area under the line is represented by W which indicates overall strength.

The index of W.

Above W350 (very strong):
Made with selected types of wheat, that are used to reinforce weaker flours. Ideal for highly enriched doughs subjected to long leavening, often referred to as “Manitoba”.

Gluten consists of proteins gliadin and glutenin, the latter providing the main structure which supports the dough. Flour richer in gluten is attributed to strong flour, but the quantity of gluten does not determine everything, its characteristics are also important. Strength is more dependent on the compositional properties of gluten. Therefore, two flours may have the same amount of gluten, though one may be stronger and the other weaker.

Gliadin in contact with the water forms a fluid sticky mass, while glutenin absorbing water, forms a compact mass, elastic and resistant. When these proteins are hydrated, their properties interact to provide the viscoelastic properties of gluten. In the case of strong flour, it must contain a majority of glutenin as these proteins provide the resistance within the elastic property. Flour that is high in gluten, but consisting mainly of gliadin cannot be very strong however.

Instead of referring to them individually the balance between extensibility and resistance can be expressed with the P/L ratio, the optimal being between 0.5 – 0.6. A P/L ratio higher than 0.7 characterises flour that is resistant, while values lower than 0.4 are weak and extensible. Soft wheat flour is naturally more extensible while hard wheat flours are naturally more tenacious, this is especially true with durum, the hardest wheat of all, where a typical P/L ratio can be above 1 and even exceeding 2.

‘Durum wheat doughs are distinguished by a high resistance to deformation and consequently limited extensibility. To be judged sustainable for bread making the semolina must have a protein content >12%, a good farinographic stability and alveograph P/L index value below 1. However it should be noted that the bread-making process preferred in the case of durum wheat requires the use of sourdough. A case in point is the pane di Altamura. The proteolytic activities of semolina and/or of the lactobacilli may produce considerable changes in the rheological properties of the gluten network, reducing the natural excessive elasticity of dough made from durum wheat.’

Numerous factors brought about by fermentation and inclusion of other ingredients will affect the properties of gluten, even water quality. Excessively hard water, rich in minerals will make gluten more tenacious reflecting an increase in the P/L ratio. Soft water will encourage the opposite effect and make dough softer and more extensible which would display a lower P/L ratio.

Piergiorgio Giorilli is a baker in a league of his own. His years of experience and effortless skills speak volumes. He is a true master! I have known of Giorilli for sometime now, yet I haven’t until now made a panettone in accordance with his methods and formula. 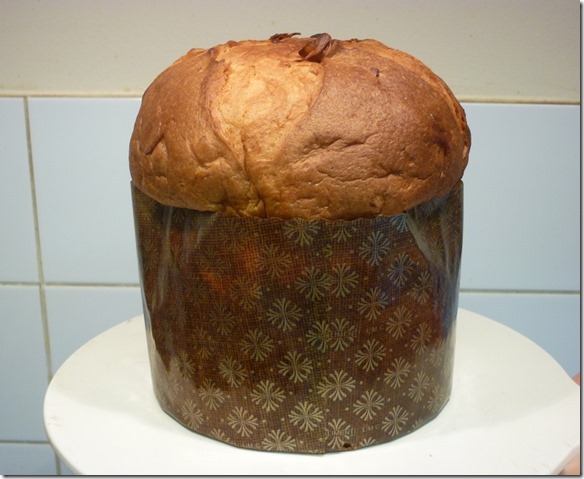 Processing of the mother dough is a skill that requires tuition and above all else experience. Giorilli opts to maintain his madre in water during the standard 12 hour period. While as typical, before proceeding to the first dough three refreshments are made lasting 4 hours each time.

From Giorilli.com I sourced his recipe. I adapted his formula to make two 500 gram panettoni, flavoured with the traditional sultanas, orange and citron. 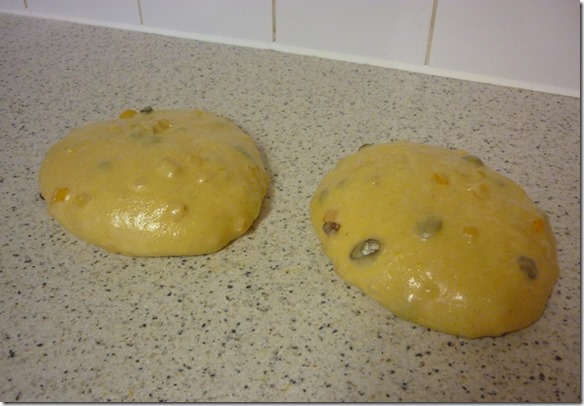 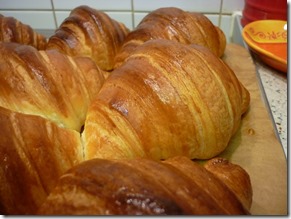 Lievito was put into a bath at the end of the storage phase at ~18C before the next refreshment. 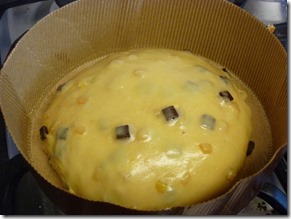 I follow Morandin’s method of keeping the madre in water all the time. Making three refreshments every 3 hours. 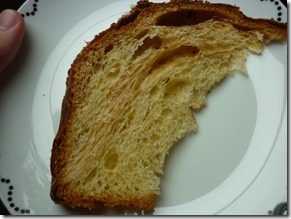